Deprecated: Function create_function() is deprecated in /home2/bettercities/public_html/wp-content/plugins/cpaddons-site-software.php on line 32
 Unpacking the KIDEX Controversy |

The recent controversy surrounding plans to build an elevated expressway between Damansara and Kinrara has brought our attention to the issue of transportation, notably highways and our city’s utter dependence on them. One of the most disagreeable aspects of living in our city is how our lifestyles are largely determined by our reliance on cars to get around. As much as we love our city, the experience walking around downtown is unpleasant if not harrowing. Frangipanis lining the street are no match for the smell of exhaust at street level, walking is a constant obstacle course where if you’re lucky you might get the chance to out-manouver a sinkhole, cars whizzing by pose a constant life or death threat, cursing out pedestrians when they should be the ones slowing down. 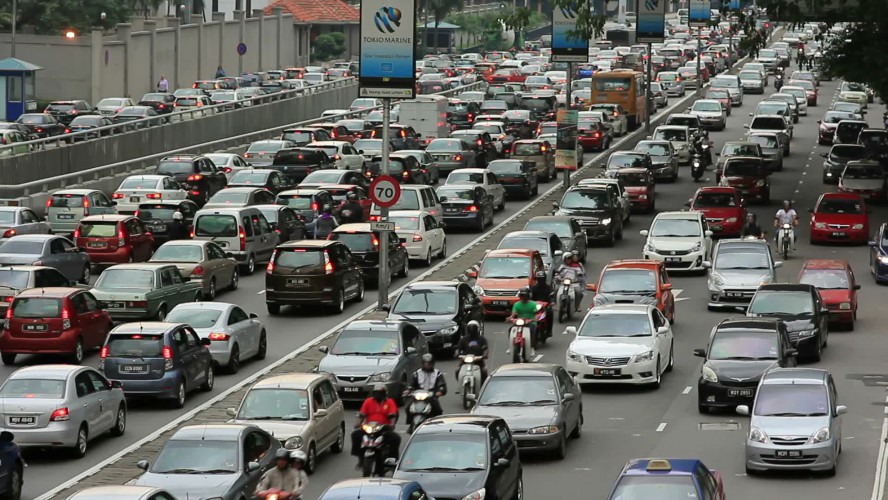 In The Happy City by Charles Montgomery, he describes how driving is detrimental for brain and body. The stress that one encounters in bad traffic triggers a toxic stew of stress hormones that in the short term make you more alert, but in the long term can make you ill. According to Montgomery, it takes at least 1 hour post driving for stress levels to return to normal where our ability to concentrate and heart rate is restored. The stress experienced while driving during peak hours exceeds that of fighter pilots and riot police facing angry mobs. The longer one travels, the more detrimental it is as well. Researchers found that the ideal commute is a 16 minute drive in one direction. Longer than that and driving becomes increasingly stressful where the further one has to travel to work daily the less happy they are.

So back to this expressway that has caused many an angry uncle to vent, and politicians to bristle at the thought that they may actually have to mediate an issue face to face with an upset, name calling constituency. Perhaps it is a moot the point to say that we should protest KIDEX because we should protest highways. KIDEX would have been built right under our noses had it not been for these public protests, and KIDEX was singled out because it cuts through the well established townships of Petaling Jaya, Damansara Kim and Kayu Ara directly affecting the physical landscape and environment of the area. 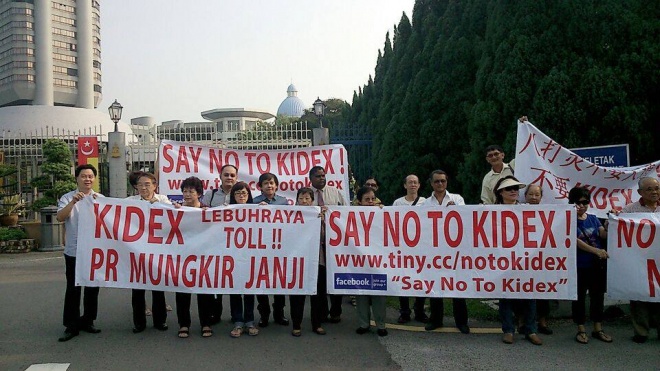 Even so, protests against the construction of an urban expressway for any reason is a good thing. Such a controversy is a jumping off point to initiate a conversation about the state of transportation in our city. Fact is, increasing private car ownership and the endless construction of highways within a city is bad for livability and quality of life much less the environment. This is where the KIDEX debates can help – to shed some light on the issue of urban traffic congestion. The KIDEX controversy and the claims made for and against its construction allow us to understand the kinds of assumptions used to justify why our city needs more highways and creates a space for a critical evaluation of these assumptions and the consequences they have on our built environment.

Indeed, the basic argument used to justify most road expansion projects, KIDEX included, is that increasing vehicle ownership will require more roads to ease congestion. This very basic claim is largely self fulfilling in that it takes for granted the current pattern of vehicle ownership and uses future projections based on current growth rates as the justification for building more expressways.This line of thinking precludes the expansion and use of alternative means of transportation, and takes private vehicular travel as a constant, continuing trend.

While KIDEX’s Traffic Impact Assessment and claims that KIDEX will effectively ease traffic congestion on existing highways has been challenged for their statistical accuracy, the crux of the issue here is greater than pointing out errors of calculation. The real issue that we should be concerned about is the much more complex and somewhat quixotic problem of how we can restructure the way we move about in the city in a more humane, sustainable and climate friendly way.

“More roads do not ease congestion”

Studies have shown time and again that more roads do not ease congestion. The lack of attention to this fact, or rather, a convenient ignoring of it, has perhaps put us on the path of such short sighted, remedial solutions as building more expressways, setting us on a vicious cycle with no end in sight. Furthermore, not only do these highways mar the landscape of the city, often times, they cut through existing green space, destroying all that is pleasant and uplifting about our city.

Expressways such as SKIP and KIDEX may benefit some people with a faster commute, but they contribute to the worsening of our quality of life as a whole over the long term. Looked at in this way, we are spending an exorbitant amount of money (RM 2.4 – RM 3.4 billion) for little gain and are further disenfranchising lower income groups by neglecting our inefficient and disconnected public transportation network especially the public bus system and bike paths.

It is unfair to many that transportation developments in KL is so heavily skewed towards privileging the private car owner and this has to end if we are to have a more just and sustainable future. While the jury is still out as to how much public transportation system can ease traffic congestion, a robust public transportation system provides options for people to get from Point A to Point B, and places more pedestrians on the streets. It enhances connectivity within a city for those who may not be able to afford or do not desire owning a car. Furthermore, an efficient public transportation system slows the rate of growth of car ownership over the long term as people need not depend on a car to get around. Congestion woes aside, fewer cars is good for the environment.

Our dependence on cars as the primary mode of transportation has decimated our public street life, which can only happen if we have a multi-modal transportation system that puts people back on the streets. Pedestrians, and by extension individuals who take public transportation, are the lowest common denominator on the streets of KL and this is a huge blow to our sense of place and community. Perhaps this is what needs to change if we are to talk about a #BetterKL. One cannot begin to imagine the positive changes that could be catalysed with that RM 2.4 billion KIDEX is slated to cost should it be used towards realising alternative ways of getting around in our city beyond that of the privately owned car.

Keep a look out  for a related article by our other #BetterCities intern Yap Lay Sheng on his experiences living carless in KL city.

Jia-Ling spent three years as an itinerant volunteer in South Asia. #BetterCities is a transit point before she resumes graduate studies in Landscape Architecture. Her interests lie in sacred landscapes however one would like to define that.