This week, Chow Kit Kita conducted a 2-day facilitator training workshop, specifically for this project and to help us deal with some of the concerns we had encountered after executing the small-scale soft-launch activities. Fahmi Redza and Pik-Svonn, who both have years of experience working with different communities and who have also done numerous facilitator trainings ran an intensive and eye-opening workshop on being a facilitator and working with children. 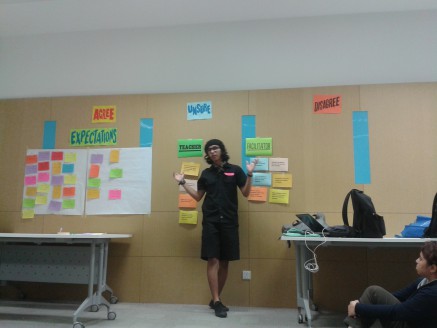 Fahmi explaining the difference between a teacher and a facilitator

On day one, after an expectation management check, we started with the fundamental question; what the role of a facilitator is and how it defers to that of a teacher. Fahmi and Pik-Svonn used a range of methods to pass on their message, such as index cards, spatial surveys, games and verbal discussions. They also gave us some useful ideas for games to play as ice breakers, energisers and focus games.

The training was very hands-on. Each of us had to conduct a specific game after which we would have a discussion session to talk about what went wrong and how it could be improved. We accumulated invaluable tips after each and every game. Some of us were also given a choice of topics to lead a group discussion. What we didn’t know was that in each discussion a participant was given the role to distract the group, another extremely handy skill we picked: dealing with negative participants. 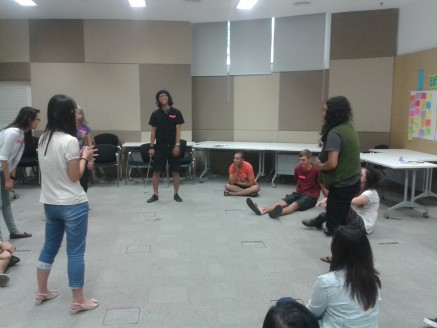 One of the many game we played

Day two of the workshop focused on understanding how to create fool-proof lesson plans. Using a card sorting method, Fahmi and Pik-Svonn did a run through of the activities we had done on the first day of the training. Through that we could see a pattern emerge: activity, method, objectives. Pik-Svonn pointed how many people make the mistake of focusing on the activity, and how crucial it is to always go back to the objectives. 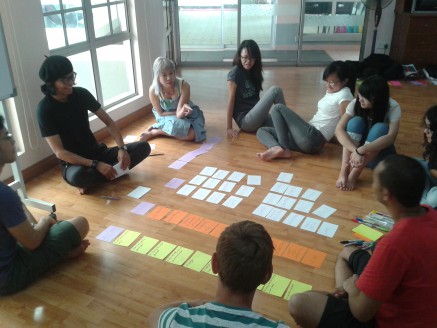 Using index cards to understand how to create a lesson plan

The interns got a chance to pilot some the actual activities they plan to do with the children. For each activity, two of the interns played the role of the facilitator while the rest of us did our best efforts to simulate being the 8-12 year old participants. After each pilot, we were given feedback and tips for improvement. We learned how important running pilots are as so many things came up which we hadn’t anticipated, it was a good opportunity for us to iron out the kinks in the activities. In terms of timing as well, there is no guarantee of knowing how long an activity will take unless we test it out. All in all we gained so much from the facilitator training and would like to thank Chow Kit Kita for their time and effort for making it such a great workshop! 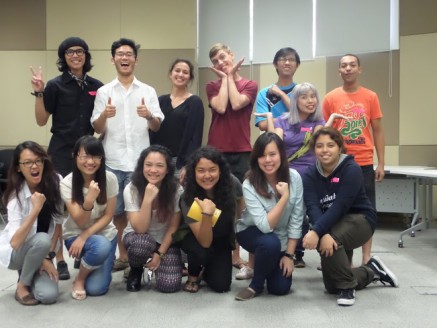 After the workshop, the Food Ninja’s made another trip to Kota Damansara to distribute flyers after school. The playgrounds were bustling with children and teenagers, some of the more cheeky ones still had some ‘bunga api’ left over from Raya. Most of them were aware of the program which indicated success of our first launch but it was good to give them more clarification and to notify those who didn’t know. And of course, we wrapped up our trip with a game of football. 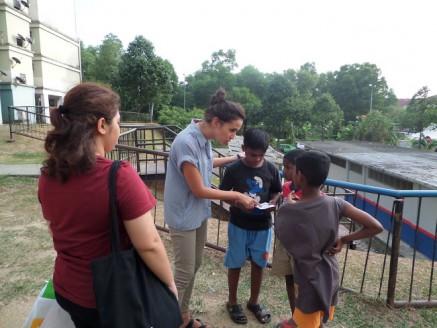 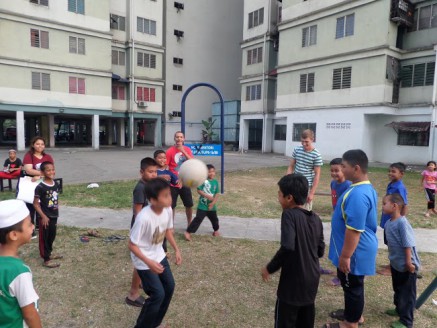 Flyer distribution and a game of football

The children seem really excited and it was nice that they could already recognize us through their acknowledgments. We are now doubling our scale for the first engagement in anticipation of a much higher number than expected, but thanks to our training and preparation, I think the Food Ninja’s can handle it.

Stay tuned next week for an update of our first official Food Ninja activity happening this weekend!