Panel freeze, text wrap, page breaks. I am happy to note that to some extent I have mastered the art of efficiently using Microsoft Excel. Okay, so maybe my days of project management are just beginning but I’ve definitely picked up a number of handy skills in preparation for the 6-week project #BetterCities is co-ordinating in PPR Kota Damansara.

This year, we have taken a closer look at the urban vulnerable groups in our city starting back in March when we had #BetterCities talk series on the influence of policy and design in social housing. In the process of organising the talk, through selecting the speakers and understanding the issues, we learned more about the People’s Housing Project (Projek Perumahan Rakyat or PPR). PPR is a housing scheme provided by the National Housing Department for low income households in Malaysia. PPR’s usually take the form of high rise flats between 5 to 18 floors situated in different parts of the city, some central and some on the outskirts. Each PPR has its own demographic, set of politics and stories.

We were approached by the UNDP sometime in April to assist in programming a project in a PPR with AIESEC. As a global youth network, AIESEC conducts summer community-engagement internship programs for students in different countries around the world. For this project we have partnered with AIESEC Sunway and will be working with selected interns from Indonesia, Nepal, England, China and Egypt.

#BetterCities has programmed ‘Thump, The Urban Mapper Project’ which is a mapping based activity centered on the issue of food and nutrition with children aged 8-10 in the PPR. The activities are mostly arts based which inadvertently tries to understand what kinds of nutrition sources the children are getting or lacking as well as health implications this may have, all while introducing a healthy lifestyle and diet. Over the next few weeks I’ll explain the activities in more depth as they take place. The project officially starts on the 21st of July and ends at the end of August 2014. 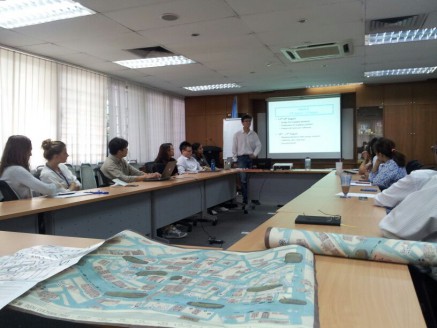 The AIESEC team at a Brown Bag Session at the UNDP explaining cultural mapping using LostGens’ Pudu Community Map as one of the examples.

Some of the early preparation involved meeting with different NGOs that work closely with PPR Kota Damansara to better understand the needs of the community and its networks. Friends of Kota Damansara (FoKD), Gempaknya My Community (Bumblebee) and Community Excel Service are some of the many NGOs that are doing a range of different ongoing good work in the PPR. We also met with LostGens’ and Arts-Ed from Penang, two groups with years of experience in community art projects and community mapping to exchange ideas. 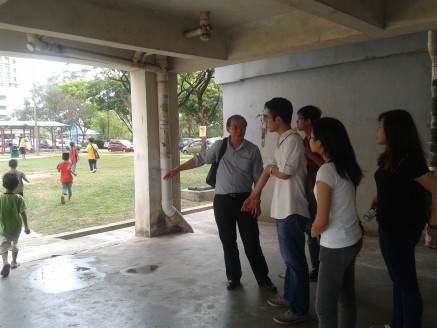 The decision to map food and nutrition was made after meeting all the different stakeholders and after a series of observations. Other areas of interest that came up were issues such as hygiene, safety, social mobility and racial dynamics. Given the time, scale and context of this project however we felt that food and nutrition would be an interesting issue to creatively explore especially with children. 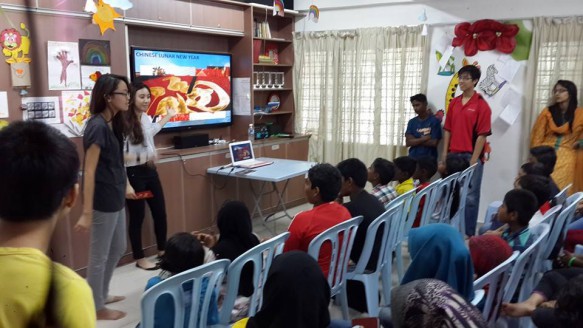 Among some of the skills the interns will be picking up is filling in lesson plans for the activities, learning how to engage with the children and using English as a second language with the help of translators. I for one can’t wait to finally get started and meet the kids. I will be keeping track of the progress with a weekly blog post update, be sure to stay tuned for more!