Deprecated: Function get_magic_quotes_gpc() is deprecated in /home2/bettercities/public_html/wp-includes/load.php on line 643
 On collecting stories and voices. |

On collecting stories and voices.

Survey, focus groups, interviews will usually be carried out during the design research phase of a project. We either jot down quick notes or make recordings to gather information. But after this, what do we do with these data? The thought of this has inspired us to make use of the resource while turning the whole experience more fun. What if there is this recorder that enables the public to play a more active role, record their thoughts and be able to access it anytime they want? 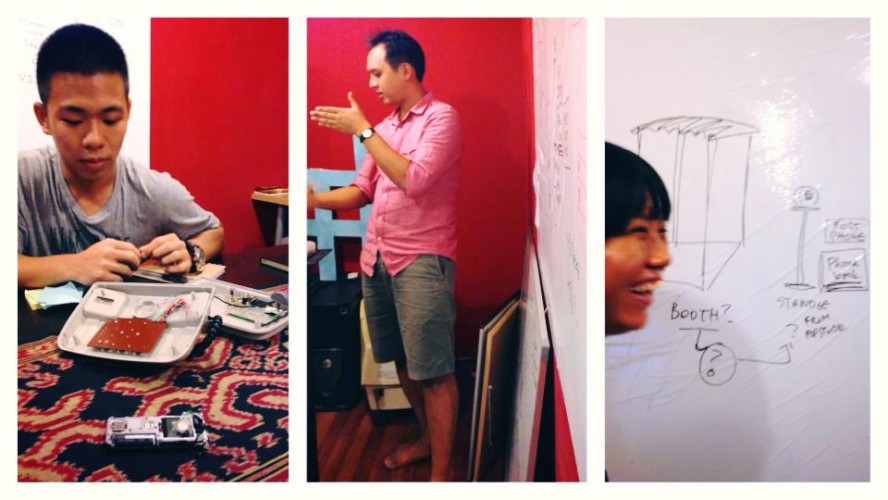 Intense brainstorming: A phone booth? A house phone in a public space? Will the public pick up the phone? Will our phone face vandalism? Will the phone get stolen? (Photo Credit: Sze Ying Goh)

On Hacking the Phone

After going through several discussions on the functions and purpose of PostPhone, we realized that our objective could be achieved by hacking a voice recorder. What we needed for this “idea” to work is to ensure the following could be done: 1) record, 2) store and 3) playback. 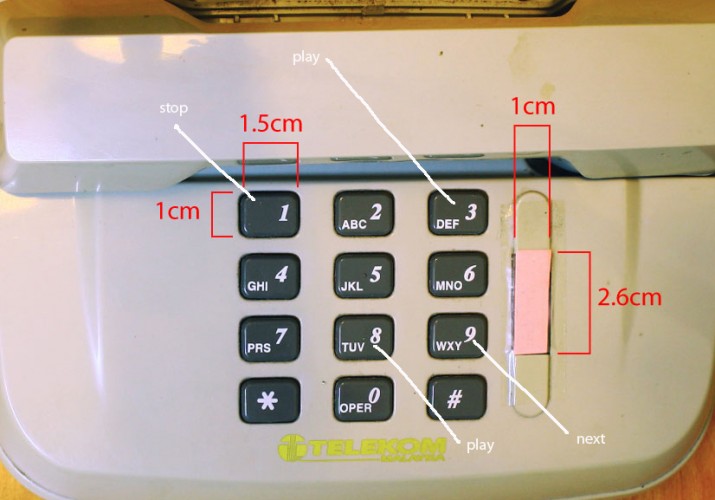 Thus, we got ourselves a good recorder, bought some wires, buttons, speaker and amplifier (to enhance the sound recording). But as we dismantled the whole recorder and started to hack it, we realized the circuitry of the recorder is too close to each other and the wiring of it is too fine — we had our first road block: while we were soldering the parts together, the recorder got short-circuited and could not be used.

The Myth behind PostPhone 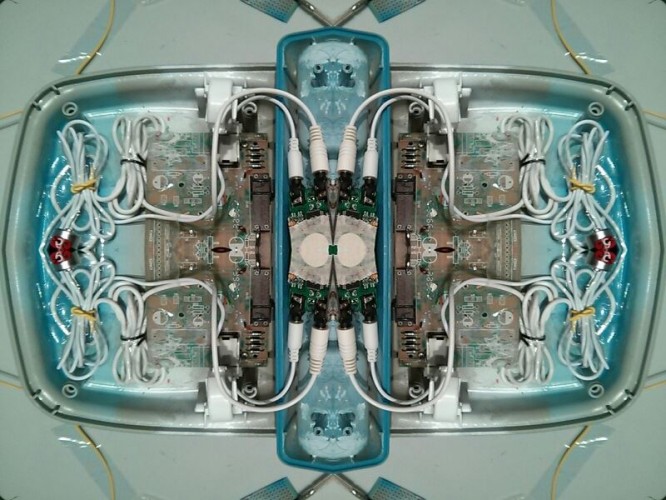 We got some advice from the expert, which is to get a cheaper recorder as the circuitry will be further apart from each other so it would be easier for us to hack. And it worked!

“I would said to myself…. that I would be better and happier.”
– Anonymous User 022 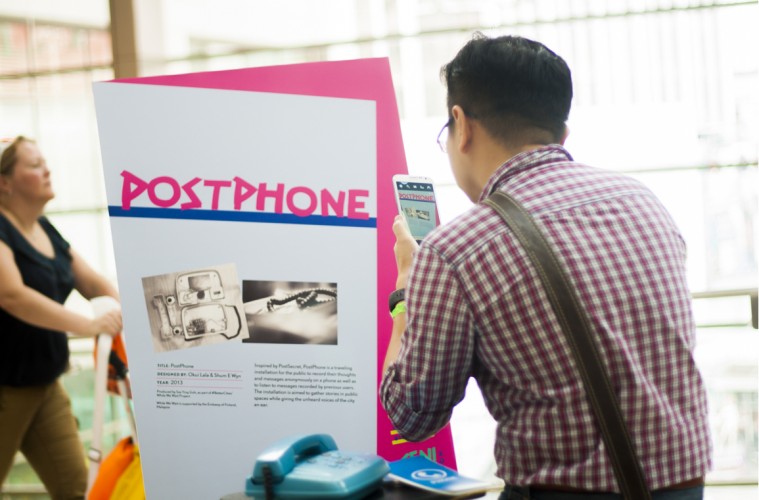 Our first stop (also our opportunity to organise a beta test!) for PostPhone was inside Pavilion, a shopping mall at the city centre of Kuala Lumpur. The reception was encouraging due to the happening events at the KakiSENI Festival. A lot of people stopped by the phone and we received various response. Some were slightly confused with the presence of the phone; some attempted to go through the process of reading our phone guidebook and made their recording; many stopped by and listened. We received a lot of responses and positive but critical suggestions. Thanks! We hear you! 🙂

Designed by Okui Lala and Shum E Wyn, produced by Sze Ying Goh, as part of #BetterCities’ While We Wait Project. While We Wait is supported by the Embassy of Finland, Malaysia.

PostPhone was at KakiSENI Festival 2013 from 24th April – 1st May 2013 (Level 6, just beside Al-Amar Restaurant). Soon, PostPhone will be travelling to a bus station. We invite you to record a phone call to the future. We are collecting and sharing your stories with the city.