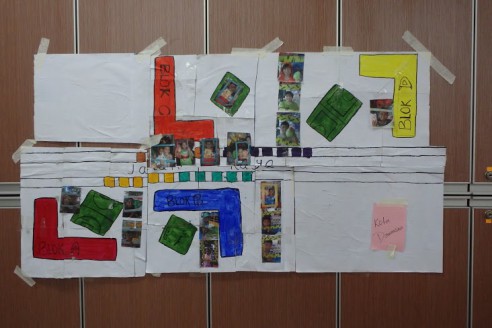 On Sunday, August 17th we had our 4th Food Ninja engagement day. After doing mapping and documentation on the previous day, the international interns compiled the children’s findings and pictures to create a map of PPR Kota Damansara of the healthy alternatives you can find in the area.

The first activity after an energizer game was the Map Puzzle. The completed map was divided into several sections and the children were asked to put the pieces back together in their own groups. One they had done this, they were given the pictures they had taken from the previous day to add to their piece of the map. After each group had completed their part of the puzzle, they put all the pieces together on the board to create a full map complete with pictures. 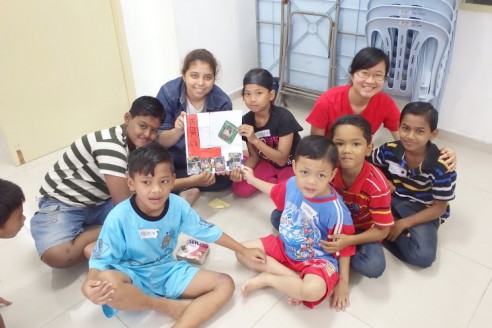 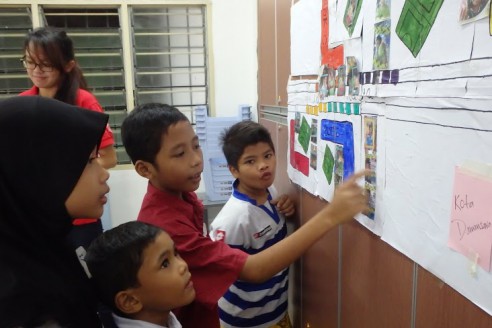 We had a group discussion about they types of food we had found in each stall and why they were chosen as a ‘healthier alternative’. The children could view a map they had created together and how it can be useful to other people. 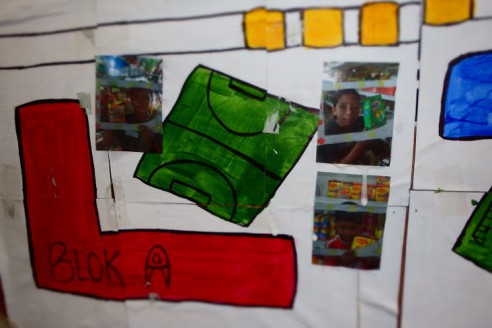 The second part of the day was aimed to teach the children about healthy lifestyle habits. As we had talked a lot about what we should and shouldn’t eat, we also wanted to introduce healthy habits to have a complete a healthy lifestyle. Things such as exercise, drinking enough glasses of water and personal hygiene were some of the messages we tried to portray. 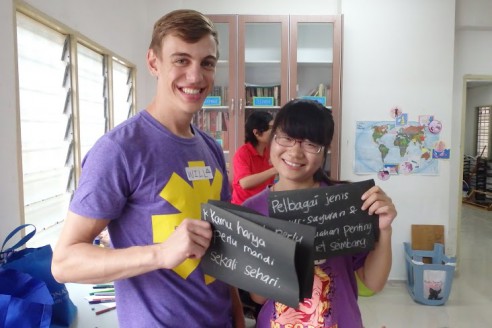 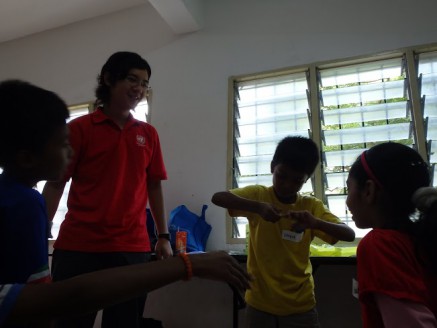 We also had a game of charades where we got the children to act out the different healthy habits in their groups. After these two activities, the children had a better idea of what healthy lifestyle habits are. We then finished the day with a My Playe Relay race, to recap what we learned from the previous weekend about the MyPlate content and also to get the children to do simple exercises. 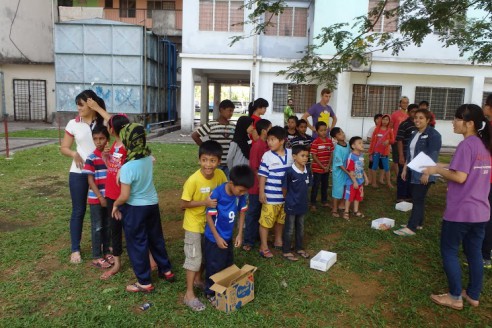 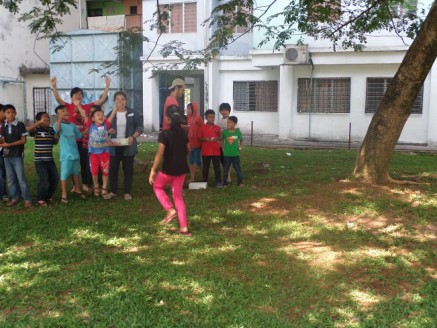 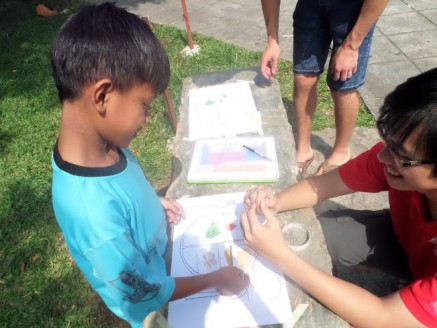 Filling in the MyPlate to complete a round

Each child in each group are given two different pictures of food with an ‘action’ to accompany it. As the race starts the children have to take turns to get to the other side of the field and place their picture on the right section of the MyPlate. It was quite a sight to see them skip, jump, crawl and dance to the finish line! We even played the game twice because they had so much fun.