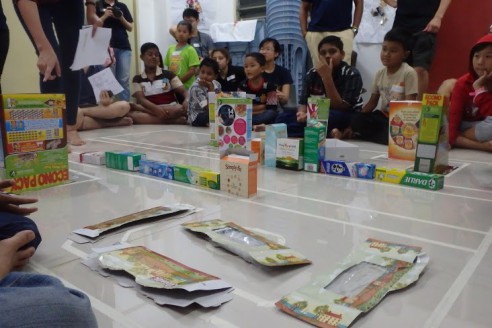 On the third engagement day, we introduced the simple concept of mapping to the children through a series of exercises and conducted our very first mapping activity with the aim to learn about finding healthy alternatives when going to their nearby food stalls.

After a quick recap quiz of what we had learned from the previous weekend, we did a simple mapping game by asking the children to trace the outline of their hands and to write down their favorite activities on each of their fingers. We then asked the children to list out the places they play in the palm of the drawing of their hands. Based on these pieces of information we asked them to draw a line to connect the places they play with the activities. A simple ‘map’ was created that showed us and the children their common play area that can be used as reference for anyone unfamiliar to the housing area. 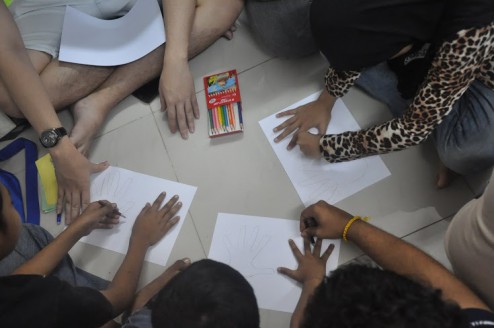 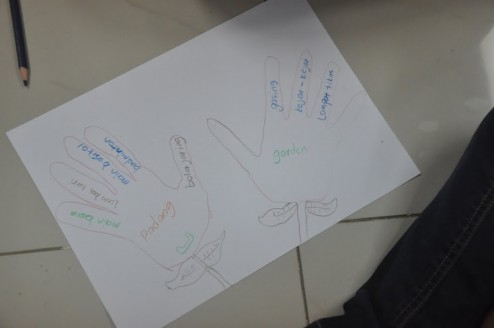 The next activity was a short lesson on maps. Ahmad from Egypt prepared slides of the map of the area surrounding PPR Kota Damansara and discussed what maps are used for. Besides giving us directions to places we want to go to, he highlighted that it also gives us information on all the things you can find in an area. We explained how maps are best created by those most familiar of an area to give us personal insights. 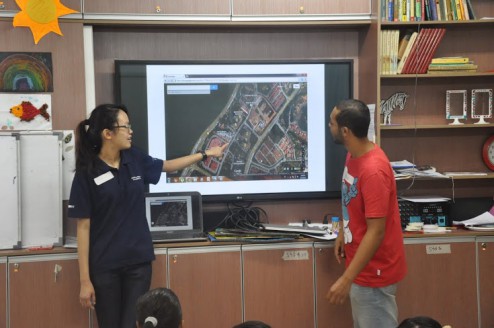 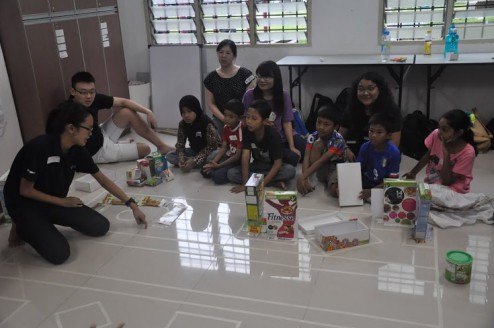 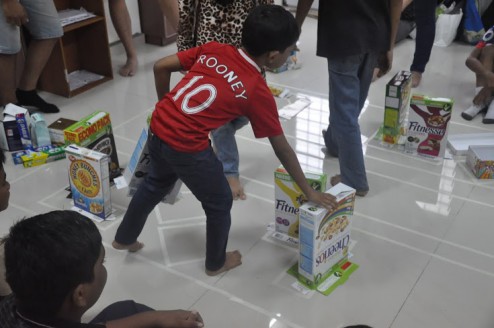 The next part of the lesson was to show the children an example of a spatial map. We asked them to identify the different blocks and shops in the area using recycled items such as cereal and tissue boxes. We then asked the children to pinpoint the shops they frequent to buy their snacks from. Based on their recommendations, we sent out groups of children to visit these particular shops with a ‘Ninja Quest’! The quest was a tool to make data collection fun. The children were asked to jot down and take pictures of their favorite snack and to then find a healthier alternative in the same shop. One of the checklists also included taking a group picture in front of their shop. 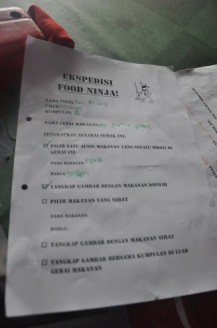 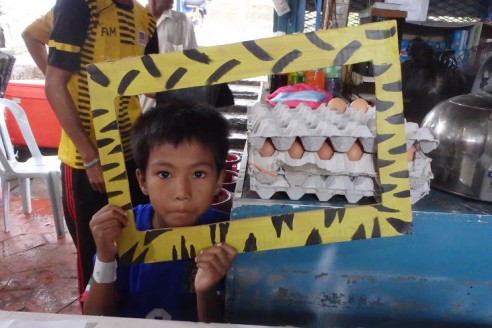 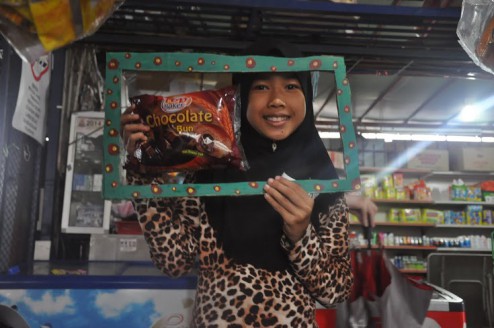 Each group set off with a camera and a set of frames to be used as a portable photo-booth, and each child was given their ‘Ninja Quest Checklist’. The constant rain that morning made the quest all the more challenging and exciting, luckily we had a good number of volunteers to make this possible. Two groups set out at a time with an adult and an umbrella per child while the rest of the groups stayed behind to have their healthy snack in the community hall. 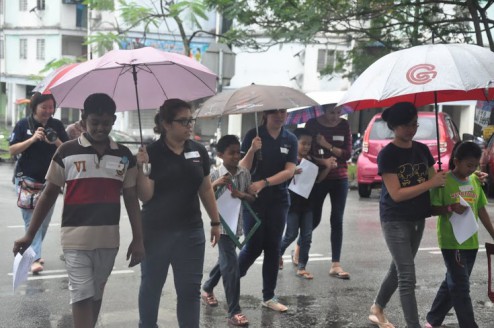 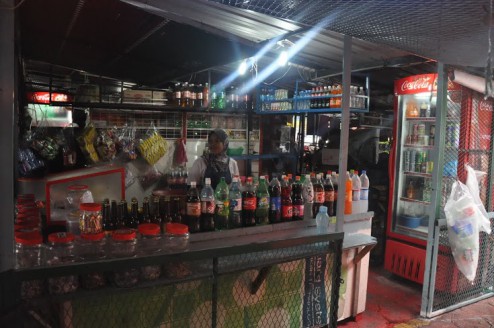 One of the food stalls visited in the area 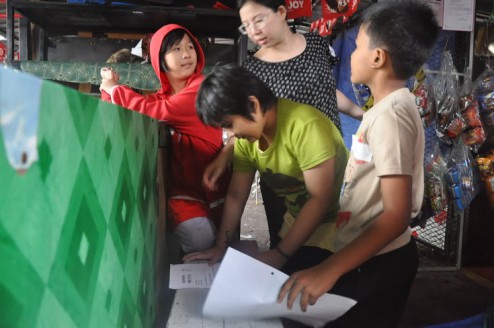 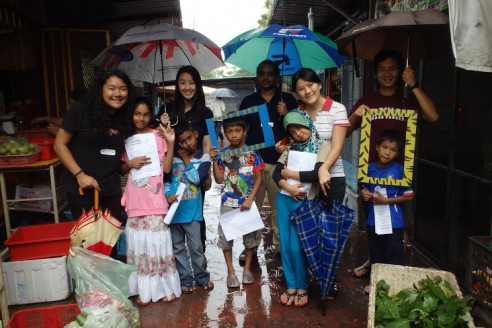 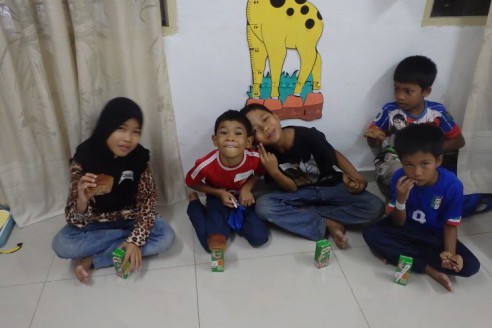 Much needed healthy snack after the ‘Ninja Quest’!

After the quest the children gathered back in the community hall and waited for everyone to arrive. The children were then asked to list out on miniature flags what healthy alternative they had found and to explain their findings with the rest of the groups. 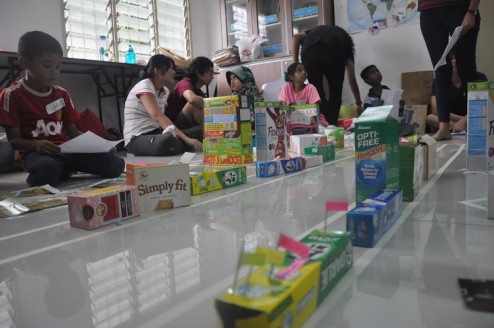