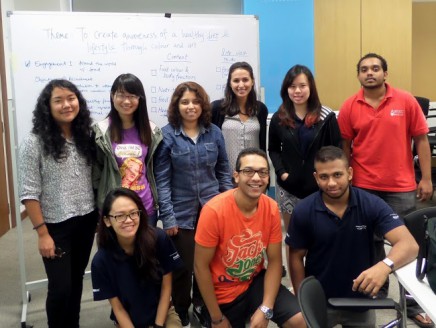 This week marks the start of THUMP, The Urban Mapper Project as we welcome the arrival of the foreign AIESEC Interns. There is Kharisma from Indoensia, Samanata from Nepal, Ahmed or as he prefers, Shimy from Egypt and Amy from China. The final member of the team, Will, is on his way from the UK at this very moment.

The local team met with Chris Choong and Sophie from the UN Staff Association last Friday to have a final run through of the project. It was an opportunity to also get to know the local EP buddies, students who will be accompanying the international interns’ through-out the project and play an important role of translating and mediating their transition. Sophie who is currently interning at UNDP shared some of her experiences in studying anthropology and how she may be able to assist us especially in the aspect of entering a ‘foreign landscape’ for a project and to not hold prior prejudices or judgement. 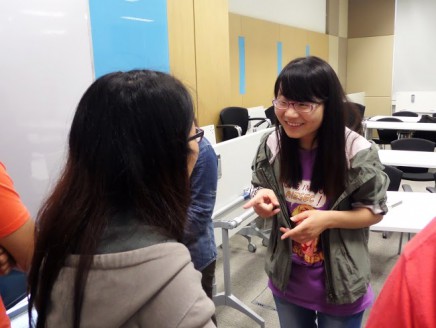 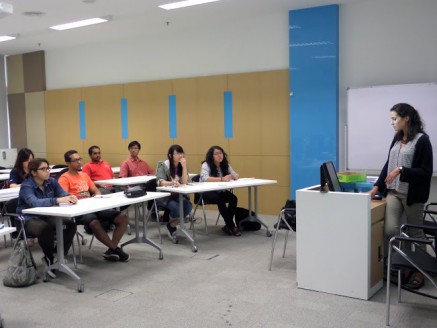 On the 23rd of July, we conducted the THUMP Cultural Mapping workshop at Sunway University. The workshop covered the fundamentals of cultural mapping, it’s processes and motivation as well as case study examples of groups in Malaysia that have conducted a mapping exercise as part of community-engagement activities.The idea was to give the students different perspectives of ways mapping can be used. For most of the interns, it was a new process all together. Samanata commented how she believes Cultural Mapping would be especially useful for where she comes from, Kathmandu, as there are significant cultural assets that can be mapped by the community.

The workshop also included doing a hands-on mapping exercise where the interns were asked to first draw pictures that symbolises their childhood. Next, they were asked to draw things that symbolises their current day lives or future hopes and were then asked to explain to their partner what the symbols meant, and to draw links if any of the first set of symbols was connected to the other. It was an enlightening experience to see how such a simple exercise could reveal so much about a person, from their childhood fears to their ambitions, mapped out for the group to see. A number of the interns had strong links to wanting to travel and explore the world, which could reveal what brought them to Malaysia for this project in the first place. The ‘memory map’ is an activity inspired by Arts Ed Penang who were kind enough to share many of their valuable resources with us. 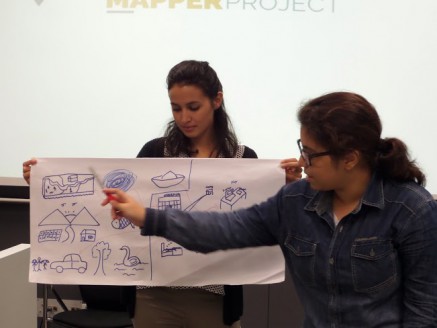 In the last half of the workshop, we focused on synchronising an internal timeline for the project. The local team and I have done the leg work of meeting relevant stakeholders, understanding the gaps and needs of the community and finalising engagement dates, now it’s time to fill those activities with comprehensive content. We decided that the theme of the project would, “Creating awareness of a healthy diet and lifestyle through colour and art”. Within that theme several activities had been explored, but first the team has decided it’s crucial to have a better understand of food and nutrition, so all activities carry an on-going theme throughout the project. As far as a first brain-storming session goes, the interns handled it really well. They were proactive in delegating tasks to complete before our next session. 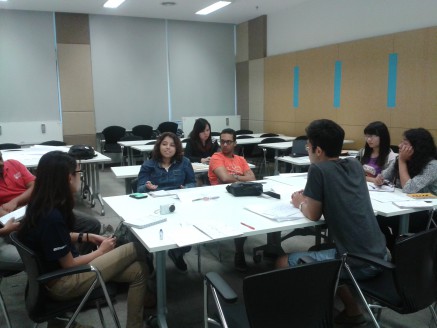 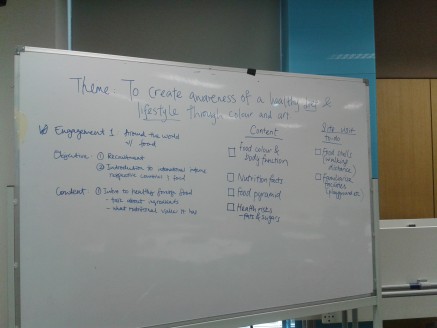 We plan on conducting a facilitator training sessions for the interns and Pik-Svonn from Chow Kit Kita has agreed to share some of resources with us. I’ll be meeting her tomorrow to find out more. And on Saturday the interns will be meeting with Jeffrey Phang of Friends of Kota Damansara at their very first site-visit of PPR Kota Damansara!