The sixth instalment of #BetterCities Talk series titled “The Edible City – Urban Gardening and food futures of KL” was held over the weekend at Menara Bata, PJ Trade Centre. The talk featured a panel discussion with 4 invited speakers and was preceded by a culinary activity inspired by The Public Kitchen (http://www.stiftungfreizeit.com/2012/11/la-cucina-pubblica.html) to raise awareness about where our food comes from. 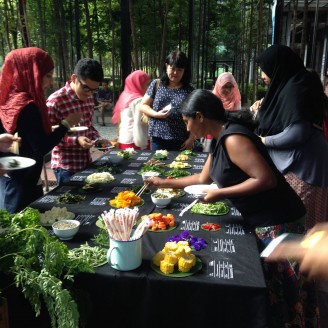 A relatively high turnout left the venue comfortably filled. Attendees started trickling in at around 4 and for the next hour were invited them to to sample from a spread of some 40 varieties of vegetables sourced from local farms, home gardens and supermarkets. 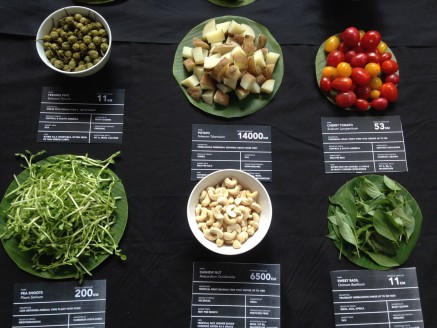 At around 5 pm, the panel discussion commenced with each speaker giving a 5 minute presentation about their respective projects. Kicking off the talk was Nova Ceceliana Nelson of Cultivate Central, who gave a presentation of the shared urban spaces she helped create in Singapore for the purpose of food growing. Nisha Firdaus Mohammad Faizal of Ecocentric Transitions then spoke about her work in environmental education and how sustainability is basically going back to the basics. 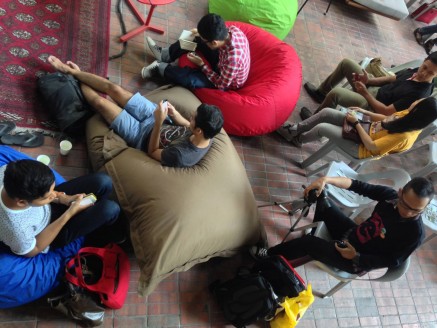 Next up was Joann Lim of Green Sentral, self proclaimed accidental gardener, who recounted her personal journey of growing food and retold how she started container gardening on her balcony, which led to her spearheading a community food growing project at her condominium. She also posed a challenge to the audience to try to reduce their waste and to be aware of where it comes from. 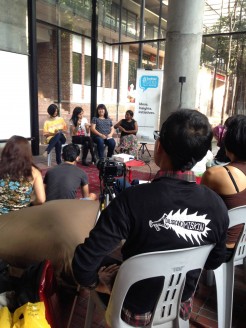 Finally, we heard from Ili Farhana Norhayat of Gang Chaos, a family of food growers. She retold how her foray into food growing was borne partly out of necessity and has since seen it as a way to reconnect not just with nature but also with people. She advised that “The most challenging thing about a community garden is building trust in a community. Like gardening, it’s all about commitment.” She also emphasized the necessity of sharing and creating a culture of sharing was the foundation of community. 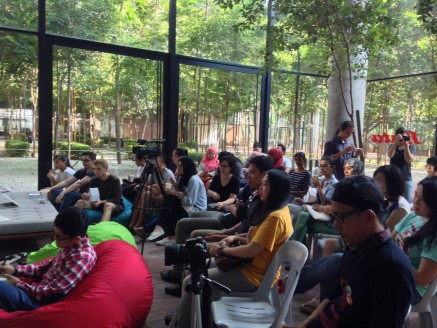 Following quick introductions from each speaker, panelists were then asked some pointed questions about food productivity and security by the moderator, #BetterCities intern Jia-Ling Loo. Her first question dealt with productivty with the question how much food one can really produce and was it enough to guarantee food security. All the panelists seem to think that it is not possible to achieve food security through urban gardening but that it was still advisable to grow whatever one can. 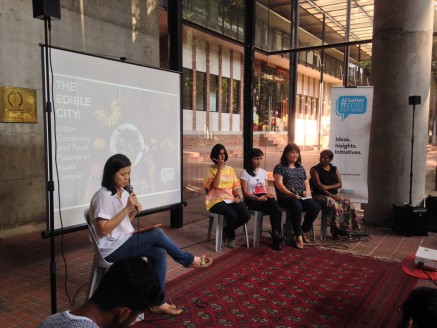 Joann Lim stated that, “It wasn’t so much about food security for me, but instead it was about my health and what I love to eat. That’s what made me garden.” Nisha then offered the anecdote of how foreign workers tend to grow all that they eat, and while the variety was nothing to shout about, they have to a certain measure established some kind of food independence. 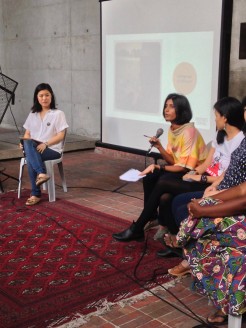 The discussion then focused on working with public authorities and whether gardening in public spaces was feasible or not. Panelists volunteered their experiences on this issue with the general consensus being that it’s much slower to get involved with government bodies and there are often obstacles. Nova advised to work with schools and organisations to get things started. Nisha then advised that it is crucial to find oneself in some sort of reputable body, such as Malaysian Environmental NGO’s as a means to gain leverage to get gardens going in more public spaces.

The panel discussion ended with a Q&A session with the audience. #BetterCities would like to thank the speakers, Tujuan Gemilang and DOOF Industries as well as everyone who showed up that day to make the talk quite a success. We look forward to seeing you again at the next #BetterCities Talks.

Jia-Ling spent three years as an itinerant volunteer in South Asia. #BetterCities is a transit point before she resumes graduate studies in Landscape Architecture. Her interests lie in sacred landscapes however one would like to define that.